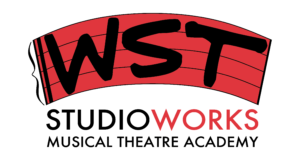 WINTERLUDE 2021 – as released via ZOOM in March

Tickets: $10.00; payment by PayPal…click HERE – YouTube premiere link to be forwarded upon payment

Based on the novel by Ned Vizzini, Be More Chill is the story of Jeremy Heere, your average, nothing-special teenager at Middleborough High in nothing-special New Jersey. Enter the SQUIP (Super Quantum Unit Intel Processor); a Japanese nanocomputer in the form of an easy-to-swallow pill. The SQUIP will implant itself in your brain and tell you what to wear, what to say, and how to act to achieve ultimate coolness. Seems like an easy choice, until things with the SQUIP take an unexpected, darker turn.

is Jeremy willing to lose his best friend, his crush, his classmates, and the whole world, all in an effort to be more chill? Set to a hot pop-rock score by Joe Iconis, Be More Chill is a hilarious sci-fi tale of high school and one boy’s quest to fit in.

The training this season consisted of vocal work, movement/dance components, and script work leading up to both the Jr. and Sr. productions.

Winnipeg Studio Theatre’s StudioWorks Academy was launched in 2004 to provide emerging musical theatre artists an outlet for intensive training. It is a two-tiered program combining in-class instruction and production work.

The StudioWorks Academy offers year-round classes in triple threat technique for students aged 11 and up (summer and fall/winter sessions). In 2020, the inaugural Made in Manitoba Masterclass series began, offering specialized musical theatre workshops to students of all ages.

The StudioWorks troupe made their theatrical debut at the Winnipeg Fringe Festival in 2004. Since then they have performed at DisneyWorld as part of the Magic Music Days program, made several tours to New York City for Broadway training opportunities and were featured at the 2017 Canada Games Opening Ceremonies.